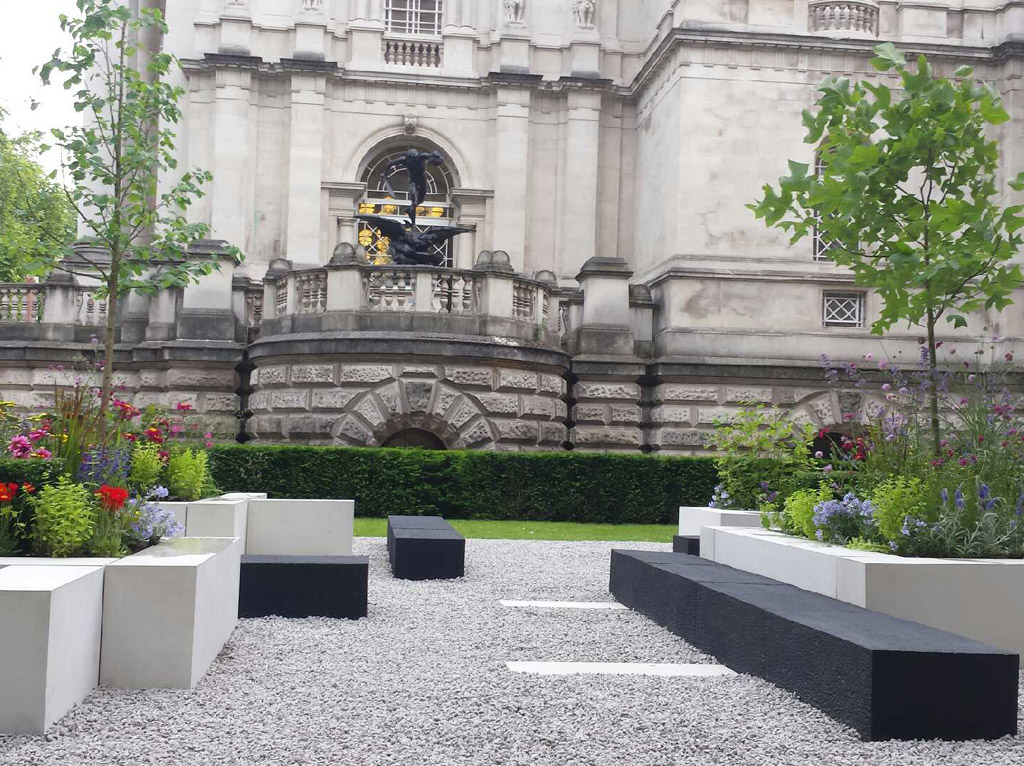 The modular shapes have been cast by Haddonstone in their Portland and Slate TecStone cast stone colour finishes to create the contrasting black and white colours displayed in the original Barbara Hepworth textile design.

The Haddonstone wet-cast cast stone units were initially shown as part of the ‘Hortus non Conclusus’ exhibit, part of the Chelsea Fringe, at the Vauxhall Tea House Theatre, London SE11 5HL, courtesy of Vauxhall One.

The robust Haddonstone TecStone material was specially chosen as it would be both durable for use in a public area and able to withstand the additional handling it would be subjected to when the display was subsequently dismantled, moved and reinstalled at the Tate Britain.

The complete installation can now be seen at the Tate Britain, London SW1 for the duration of the “Barbara Hepworth: Sculpture for a Modern World” exhibition which runs from 24 June to 25 October 2015. This major retrospective will emphasise Barbara Hepworth’s often overlooked prominence in the international art world, of which she was a leading figure in the 1930s, and one of the most successful artists in the world during the 1950s and 1960s.

The exhibition charts Barbara Hepworth’s progress from small carvings made as a young woman to the magnificent bronzes that became part of the great sculpture collections of the world. It will present many of her surviving pre-war carvings, and some of her most significant sculptures in wood, stone and bronze. The exhibition will also encompass rarely seen works, including textiles. Born in 1903, Barbara Hepworth lived in St Ives from 1949 until her death in 1975.

Normally associated with classical and traditional designs, in recent years Haddonstone has developed a collection of art deco and cubist planters and has also worked with Robert A.M. Stern to create contemporary planters, pedestals, fountains and fireplaces.