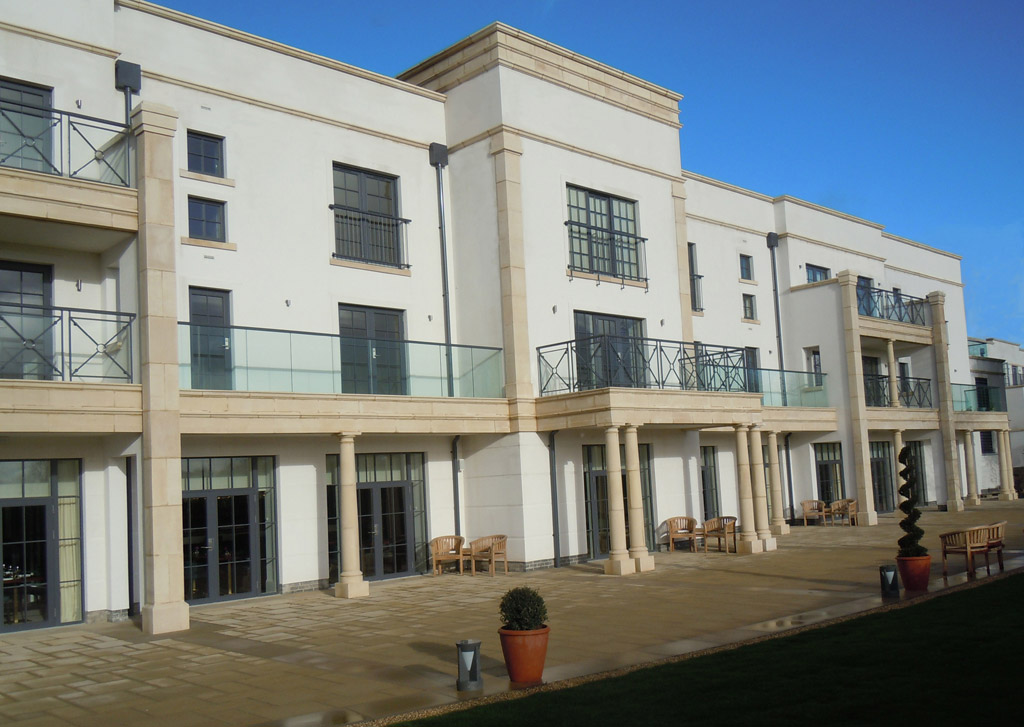 Situated on the outskirts of Bristol is a new modern retirement facility consisting of 16 individual blocks. Most of which, with the exception of the main reception building were mirrored, thus giving 9 varied designs of accommodation. Each variance having a unique requirement.

Although the project on the face of it did not seem in any way out of the ordinary, when combined that the supply for the main buildings was completed within a 15 month period on a very restricted and tight site coupled with extremely limited storage and all trades competing for space and access, and each block type had its own signature requirement, considerable thought and effort was required to ensure that the fast track build programme was not delayed by the supply of the cast stone.

The UKCSA Full Member GreconUK offered project management for the supply of the components, often to co-ordinate multi-drop, multi-block deliveries ensuring the right pallet arrived at the right sub-compound at the right time.

The UKCSA Full Member cast stone manufacturer, GreconUK, supplied over the course of the project, window surrounds and individual dressings, band courses, copings, pediment features, porticos and free standing columns and unique architectural features. Often having to co-ordinate the fixing of these components over differing sub structures and elements, liaising with sub contract trades and the project management team to translate their concepts in to the final design installed components. Maintaining tight build tolerances throughout.

Sadly, the tight site and fast track build did not go without hiccup in the initial stages, when the contractor was ‘finding their feet.’ Unfortunately a small amount of minor site damage occurred. This damage was rectified without visible blemish by an UKCSA Associate Member, admittedly not something any cast stone manufacturer would like to air, but praise should be bestowed on the UKCSA Associate Member for the work done, that avoided delay and further unnecessary cost to the contractor that would have occurred if replacing components already supplied was the only option.