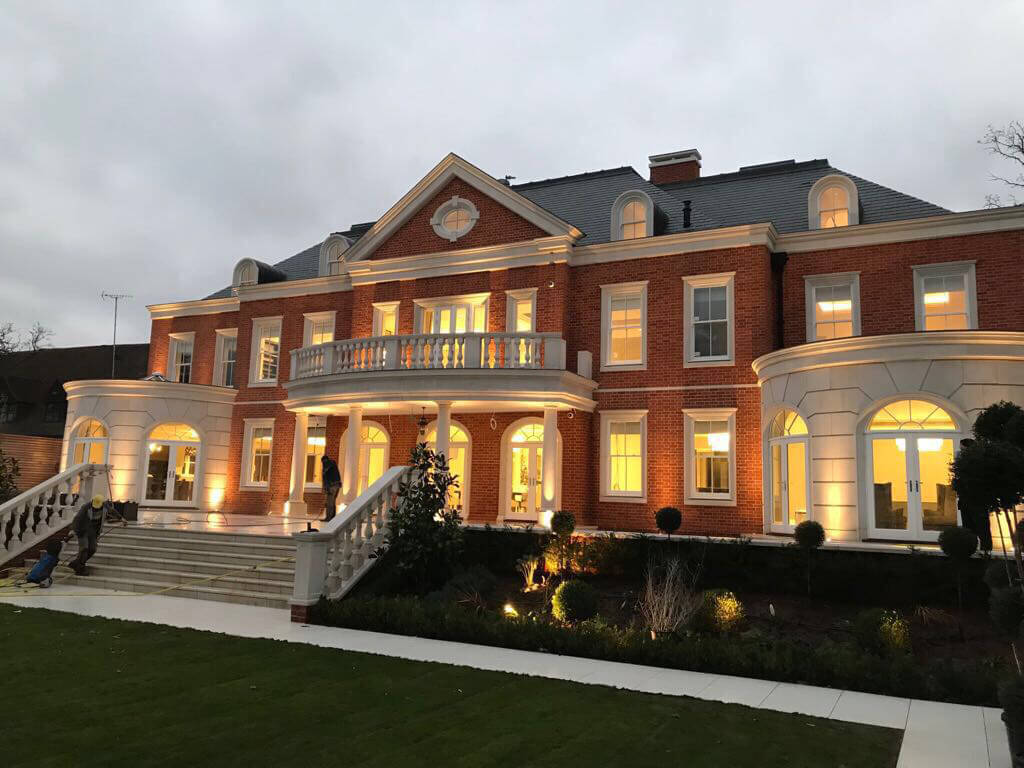 To the untrained eye it is difficult to appreciate the amount of design and detailing work that had to go into the rear elevation rusticated bay ashlar assembly that UKCSA Full Member Woodside Cast Stone supplied to this development in Chigwell. It was a relatively simple assembly initially, that required them to supply wet-cast, etched stone to form 2no. radial bay assemblies each with 3no. flat head door surrounds in plain ashlar.

However, with subsequent requests from Woodside’s discerning client, the detail became steadily more and more complicated, with first the inclusion of arched head door surrounds and then rustication to the joints. The inclusion of the arched head to the doors meant that the ashlar was now radial on both plan and elevation with the added complication of the rustications turning down above the arch also being in a double radial plane.

The assembly was designed using an AutoCAD software package to create a full-size 3D solid model of the assembly, from which individual units could be picked out and dimensioned accordingly, with a minimal available tolerance to accommodate 6mm joints. The assembly was designed to be self-supporting so the only fixings required were relatively simple L-shaped restraint ties that were fixed back to the inner blockwork.

The UKCSA Full Member Woodside Cast Stone liaised closely with their client, issuing the stone details to the door manufacturer and stone installer to ensure that all aspects of the materials that were supplied and installed conformed to the stringent design criteria.