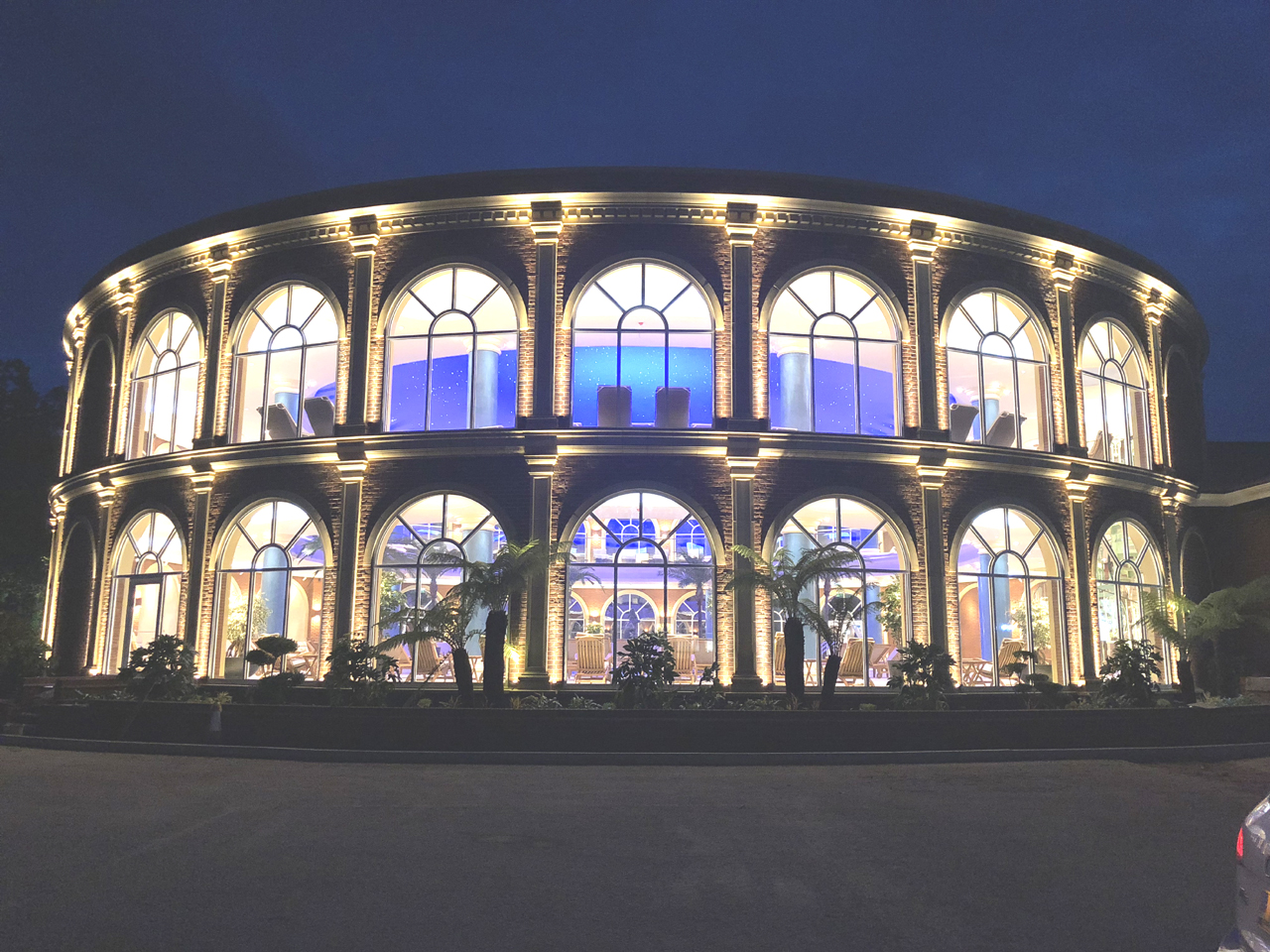 This spectacular project, fulfilled by UKCSA Full Member Acanthus Cast Stone, was an extension to established day spa facilities, and came with a brief to create a Romanesque-style rotunda and stone features in the style of Ancient Rome. The stone had to be created extremely carefully to fit very accurately over the steel sub-frame.

This particularly challenging project, included replicating internal archways with projecting motifs from existing profiles. This difficulty was overcome by Acanthus taking rubber casts from existing stones, then enlisting the skills of a local sculptor, who was able to craft the reliefs, subsequently allowing a rubber cast to be made.

A second major challenge overcome by Acanthus were the numerous internal arches that were curving on plan, and in elevation, both at the same time. This is notoriously difficult to specify on working drawings for mould purposes, when reflected in 2D. This was overcome by using a section of the underlying steel structure, to allow Acanthus to accurately create a wooden mould for stone with a perfect fit.

The rest of the project was completely circular, and, in comparison, was relatively straightforward, yet on a grand scale.