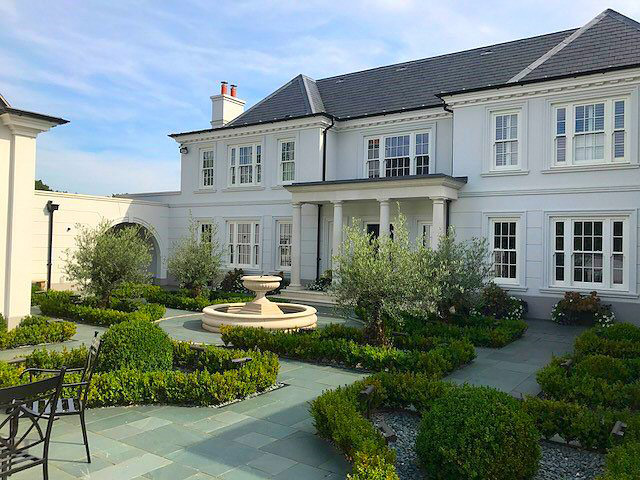 This private residence in Surrey was supplied with a series of cast stone architectural stonework and garden ornaments in a mixture of wet-cast cast stone and Fibre Reinforced Cast Stone (FRCS) by UKCSA Full Member Haddonstone Limited.

All of the dressings supplied were bespoke manufacture, with the exception of the portico columns, entablature and floor which were from the UKCSA Full Member’s standard range.

This project was overseen by the client, who worked alongside the architect and the main contractor to ensure that the construction programme did not fall behind schedule.

To maintain a continuity of work for the wet trades, it was important to coordinate the manufacture and delivery the strings and window surrounds to satisfy the construction programme.

The client also project managed the landscaping of the site, which incorporated a bespoke pool surround, fountains, urns, pedestals and copings, all from UKCSA Full Member Haddonstone.