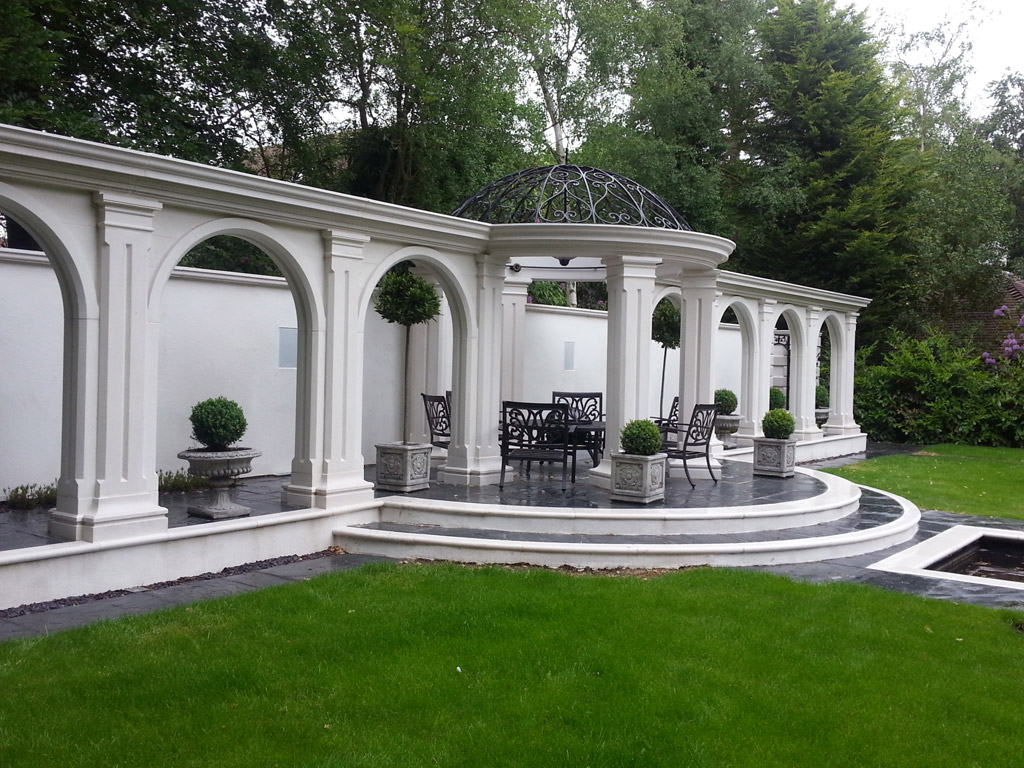 A feature stone assembly to the rear elevation of a private residence on Windsor Road, Ascot. Comprising 14 no. bespoke columns, 8 no arches and moulded cornice set out in a colonnade arrangement with a central circular temple.

The assembly is manufactured in wet-cast, Portland stone and was designed to complement the portico assembly to the front of the house that UKCSA Full Member Woodside Cast Stone supplied as part of the main house. The assembly was finished off with bullnosed edge paving to the perimeter, 2 no sets of radial treads leading down to water feature that was framed with a bullnosed coping.

The client was not sure what he required until the end of the project, meaning that access was somewhat restricted as the house was built to virtually the full width of the plot. Units were manufactured as large as possible to minimise joint visibility and to enable the assembly to be fully structural and free-standing but consideration needed to be given as to how the units were to be handled and installed on site.