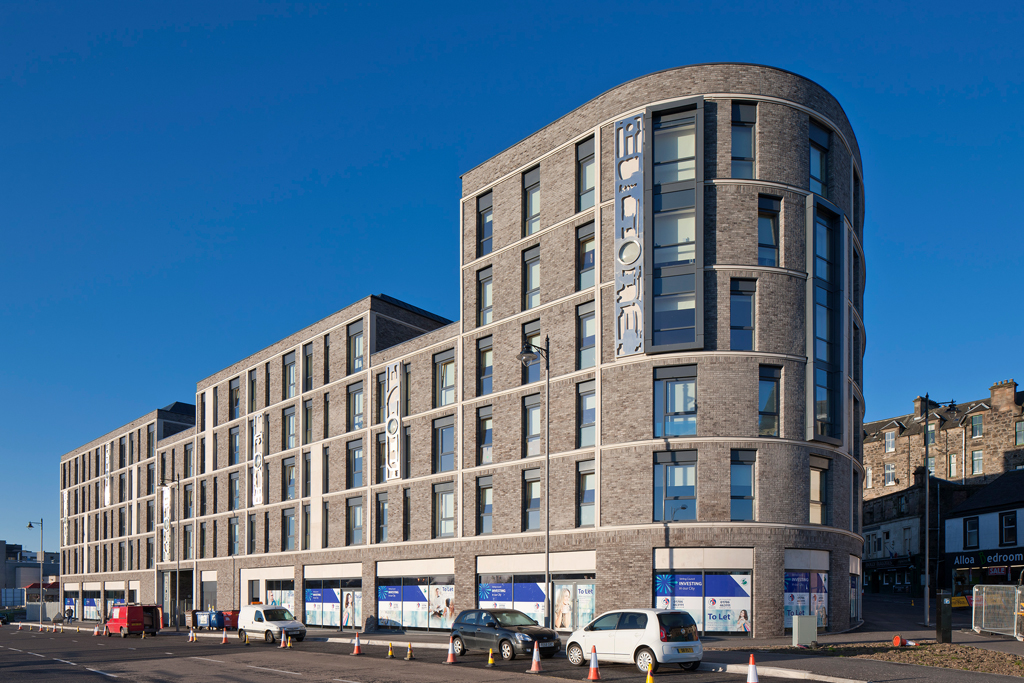 Situated in the historic city of Stirling this contemporary mixed use development of residential and retail, utilises cast stone, supplied by UKCSA Full Member Marshalls Bricks and Masonry, (formerly GreconUK) in a non-traditional way.

Rather than replicating traditional Georgian or Edwardian styles that cast stone finds an extensive use, the design incorporated cast stone to highlight and complement the brick and modern façade materials.

Of note for this project is the radius portion to one end of the building that replicates the profile of the leading edge of an aircraft wing. Transitional curves were detailed to maintain the smooth ‘flow’ from straight to radius and multi- radii components were detailed to accommodate the tightening curve between elevations.