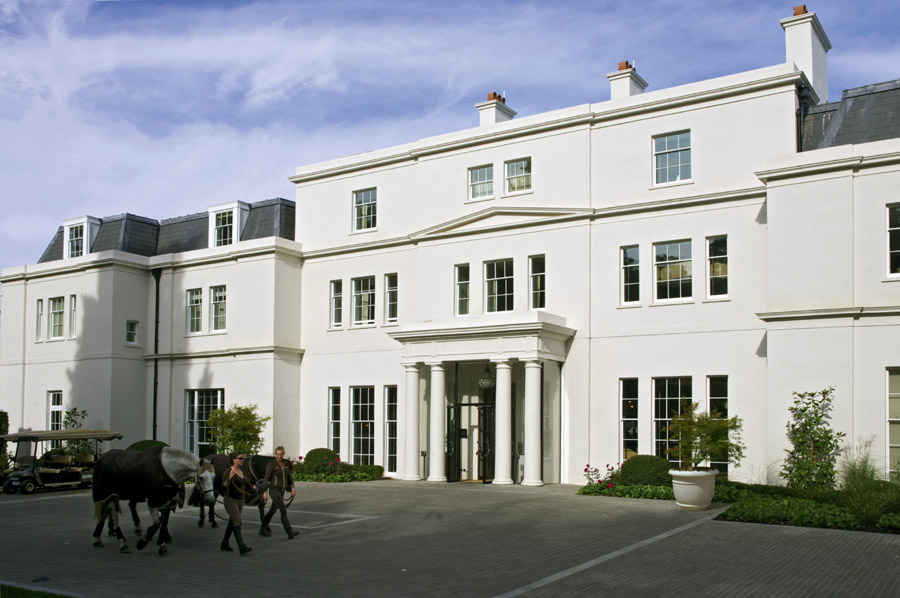 UKCSA Full Member Haddonstone’s landscape ornaments and architectural cast stone has been used by hotels around the world to enhance new build and restoration projects.

Coworth Park is the most recent hotel opened by international luxury hotel group the Dorchester Collection. Set in 240 acres of picturesque Berkshire parkland, the 70-room hotel is based around a Georgian manor house.

Haddonstone worked with EPR Architects and main contractor Galliford Try to match the profiles of the original historic structure by taking mouldings from the stonework on-site before the core structure was partly demolished and subsequently rebuilt.

The use of Haddonstone cast stone ornaments and balustrading helped the project win a Landscape Institute Award in November 2012.