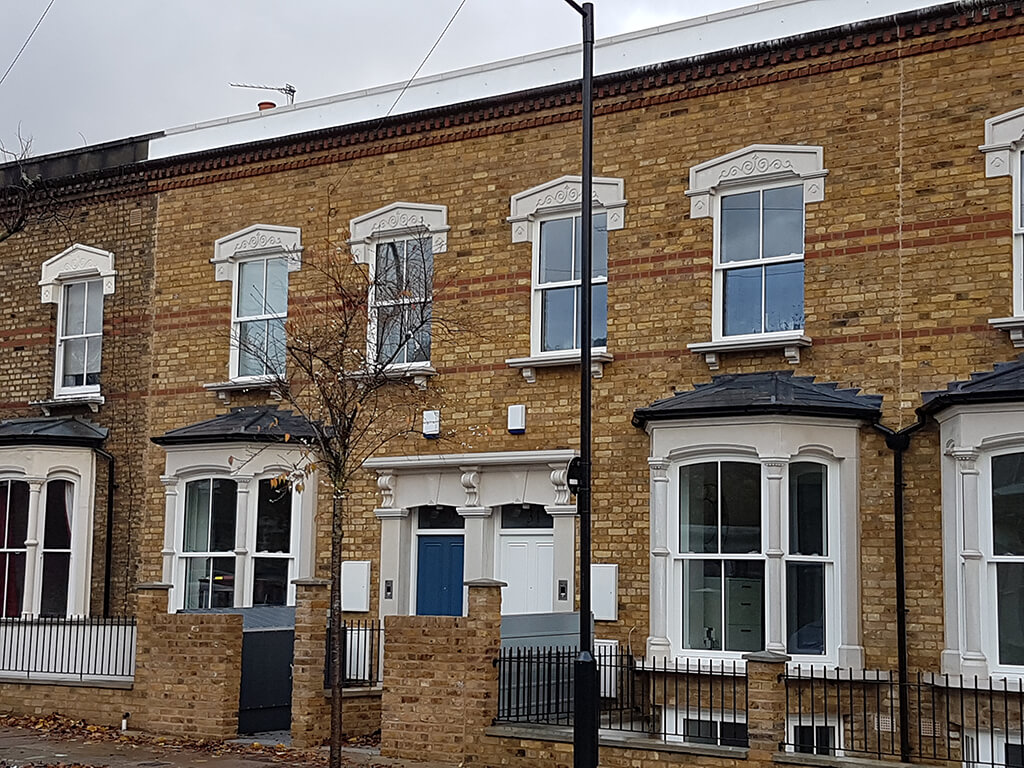 Imperative that the properties maintained the traditional feel

Situated in North London the Canning Road development returns a street scene to its former glory. The development was situated on a former World War 2 bomb site and consists of 7 new terraced properties stitched in between the existing terraces.

It was imperative that the properties maintained the traditional feel of the local area and accordingly the houses had to resemble the existing whilst also complying with modern regulations and performance requirements.

To accommodate modern London living in a confined space each home was extended by building down providing further floors of living accommodation to the basements.

The UKCSA Full Member GreconUK’s brief was to provide wet-cast architectural dressings to match those on the existing road, whilst providing up to date performance and to fit within the modern ‘metric’ environment.

To facilitate this, GreconUK undertook an extensive survey over several of the existing properties to understand the variations that existed.

Once completed, the survey was used to compile detail drawings of suggested components all updated to suit modern coursings, and the profiles were updated to ensure the scheme would be a good facsimile of the existing yet be cost effective for the bespoke products required.

The drawings were submitted for approved by both the local planners and Architect prior to any fabrication taking place.

GreconUK provided new entrance surrounds and features, bay windows, including the intricate circular centre mullions, Cills and heads to the window and copings at roof level. In addition on the rear elevation further copings and features were provided to compliment the project, which did not need to have the same importance or restriction as the main elevation.

All in all, modern techniques were incorporated to replicate a bygone era