The following minor blemishes to cast stone on structures are considered acceptable by UKCSA:

Shall not be obvious under direct daylight illumination from a distance of 6m.

Minor hairline cracking can seal itself through the action of autogenous healing and as such is unlikely to be a major problem.

However, a live crack, one that is continuing to move due to external forces, is unlikely to heal quickly as the walls of the crack will be moving and the crack width changing.

The cause of the cracking may be a more important factor than the crack itself. For instance, cracked cills are usually caused by incorrect installation, eg fully bedding the cills instead of just bedding under stools, the cills not being able to move independently to the brickwork around are being pulled apart by the brickwork movement at the opening; and cracks to column casings, which are often caused by differential movement when the column is in-filled without incorporating an expansion membrane. In these instances the incorrect installation should be dealt with rather than the result ie the cracked cill, and a replacement cill should be correctly installed. 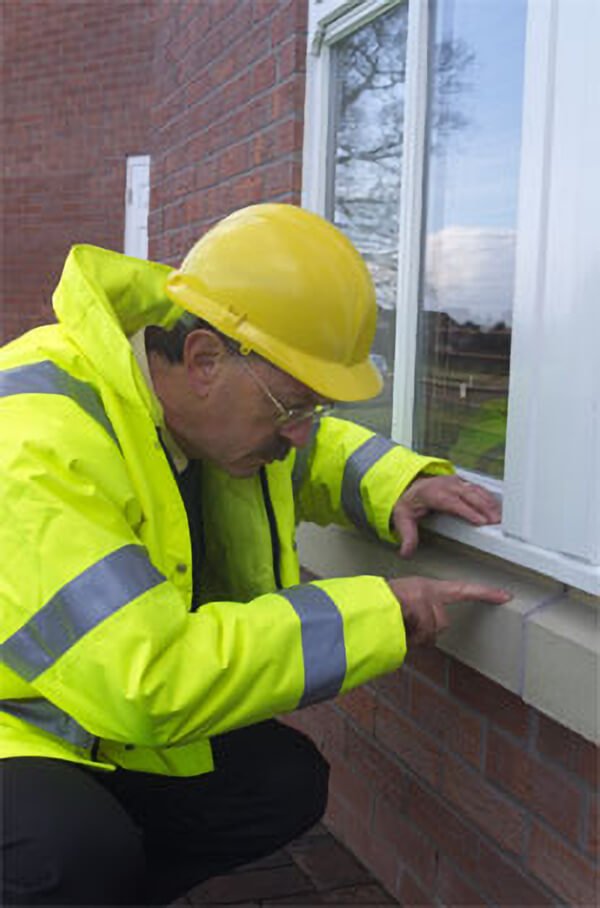 Cast stone items are manufactured with natural products and colour variations are inevitable and should not be a cause for rejection.

Cast stone is trying to replicate the appearance and character of quarried stone with it’s inherent variations in both colour and texture.

Initial colour variations can often be down to the age of the products. There could be 6-8 weeks differences in the age of the products when initially installed, leading to colour differences due to inherent moisture content, weathering etc. These will all equalise in time when the pieces are installed and subject to the same water content, weathering and sunlight conditions.

Colour differences can also arise due to the water content of individual castings. This may simply be due to the position on the building which allows one piece to get wetter than another during normal weather conditions, or may be due to problems with the waterproofer in the castings. In the latter case, this should be dealt with as a failure of the stone to comply with the British/UKCSA Standard, rather than a colour acceptability issue.

Colour Variations (due to Efflorescence)

Lime bloom, or efflorescence is a temporary, naturally occurring phenomenon that occurs to varying extents on all items containing cementitious binders. It will, with time, disappear as a result of normal weathering. The length of time will depend on many factors such as rainfall, atmospheric pollution etc. The bloom can also be removed by the judicious use of a mild brick cleaner.

All surfaces intended to be exposed to view shall exhibit a texture approximately equal to the approved sample when viewed under direct daylight illumination from a distance of 3m.

All surfaces intended to be exposed to view shall have no air voids greater than 0.8 mm and the density of such voids shall be less than three occurrences per 25 mm square.

Repairs to cast stone shall be acceptable if the repairs conform to the other requirements above.

Repairs can range from minor filling of blemishes through to a reconstruction of the piece with a full surface coating. Significant differences in colour may exist between the properly repaired areas and the original castings when the time elapsed between the date of manufacture and the date of the repair is great. The repaired areas should be left alone and should blend in over time due to the action of curing, natural weathering and sunlight, as mentioned under Colour Variations. See also Maintenance & Repair

Shall be in accordance with the British/UKCSA Standard. See also Dimensional Requirements